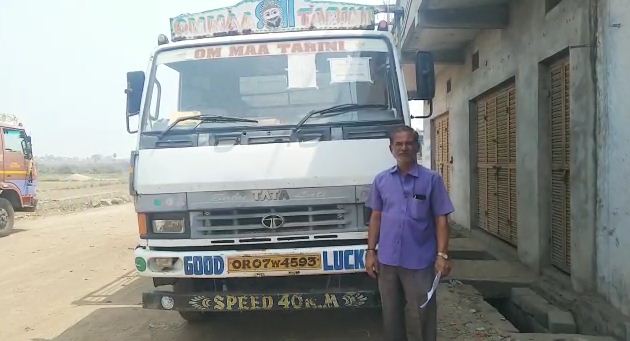 Berhampur: In what could be termed as a major embarrassment for the Transport Department, a man was fined Rs 1,000 for driving truck without wearing helmet.

While the challan was issued on December 24, 2020, the matter came to fore when vehicle owner Pramod Kumar Swain of G.Jagannathpur in Ganjam district went to the RTO office recently for renewing the permit of the truck.

He was shocked to know that a challan pertaining to ‘Driving without helmet’ was pending against the registered number of the truck. The permit was renewed after payment of the fine.

Expressing displeasure, Swain said the government should take steps to prevent such errors for which people are suffering.

Earlier, a truck driver and helper were fined by police for not wearing helmet in Chandikhole area of Jajpur district.