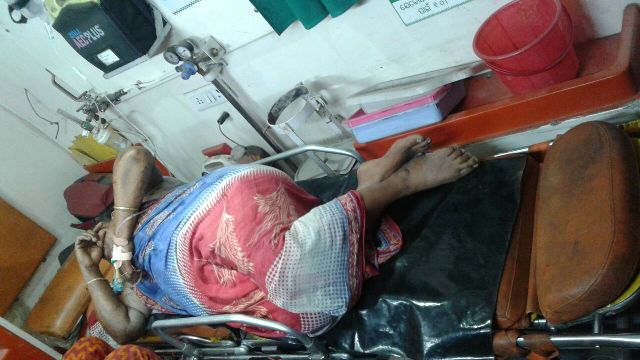 Jagatsinghpur: In a shocking incident, a person allegedly threw acid on his mother-in-law and 14-month-old daughter over a family feud at Bhaliapatna village under Tirtol police limits of Odisha’s Jagatsinghpur district last night.

The woman and the baby sustained grievious injuries and were rushed to the Manijanga community health centre here in a critical condition. They were later shifted to the SCB Medical College and Hospital in Cuttack as their condition deteriorated.

According to reports, one Swarnalata Samal, after having a dispute with her husband Manas Ranjan Swain of Puri district, was staying at Bhaliapatna with her mother and daughter.

Though Manas had tried multiple times to bring back his wife, her mother Santilata Samal was unwilling to allow Swarnalata to live with him once again.

Last night, Manas came to Bhaliapatna with a bottle containing acid and threw it on her mother-in-law Santilata. The acid also fell on his daughter.

He reportedly fled the spot soon after committing the act. Police have started investigation into the incident.

Prasad to continue as Odisha Congress president till 2019