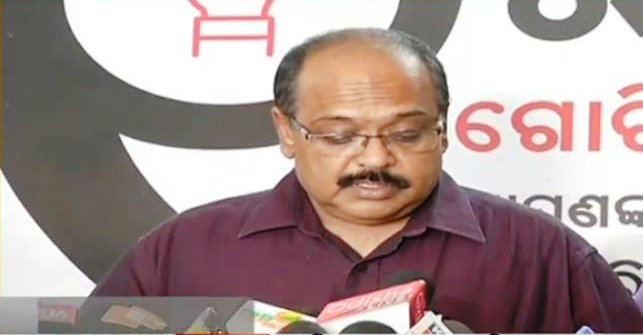 Barring stray incidents of violence, the polling has been smooth and peaceful across the constituencies, said the CEO.

“This is a tentative figure, which is very likely to change since the voting is still going on at several booths,” said Kumar.

Polling was held in Mayurbhanj, Balasore, Bhadrak, Jajpur, Kendrapara and Jagatsinghpur Lok Sabha constituencies and 41 Assembly segments falling under them.

While Bhadrak Lok Sabha constituency recorded the highest 68 per cent polling, Mayurbhanj registered 66 per cent. The voter turnout was 65 per cent in both Jajpur and Kendrapara, and Balasore and Jagatsinghpur Lok Sabha seats recorded 64 per cent voting.

He said disciplinary action would be taken against them.

With the cyclonic storm Fina moving towards the east coast, he said the district administrations have been asked to ensure the security and safety of the polled Electronic Voting Machines (EVMs).

“Besides transparency, it is important that we take adequate measures to ensure safety and security of the polled EVMs at strongrooms,” he added.

Over 95 lakh voters were eligible to cast their votes in 10,792 booths to decide the fate of 388 candidates in the fourth phase.

Out of the total voters, there were around 45.09 lakh female and 49.17 lakh male voters. Around 595 voters are from the other category.

Odisha had recorded 71.61 per cent voter turnout in third-phase elections, 72 per cent in the second phase and the first phase of polling had seen 73.76 per cent voters casting their vote.