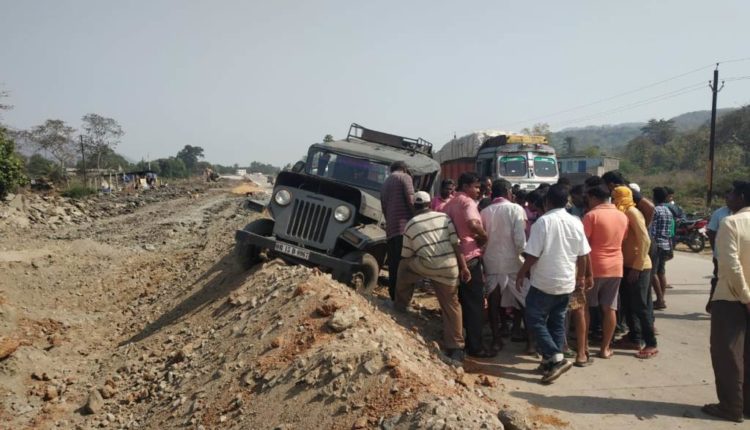 Sambalpur: A woman was killed and seven others suffered injuries after a jeep they were travelling in had a collision with a truck near Jhankarpali on Sambalpur-Cuttack national highway today.

The deceased has been identified as Tapaswini Sahu. All the injured have been admitted to the district headquarters hospital (DHH) hospital for treatment.

Sources said the jeep carrying around nine passengers was going to Sambalpur from Jujumara, when a truck loaded with iron ore hit it from the behind. While Tapaswini died on the spot, four passengers were critically injured and three others sustained minor injuries.

Angry over the incident, some locals blocked the road disrupting vehicular movement for a while. Later, Sadar police reached the spot and took control over the situation by pacifying the protesters.