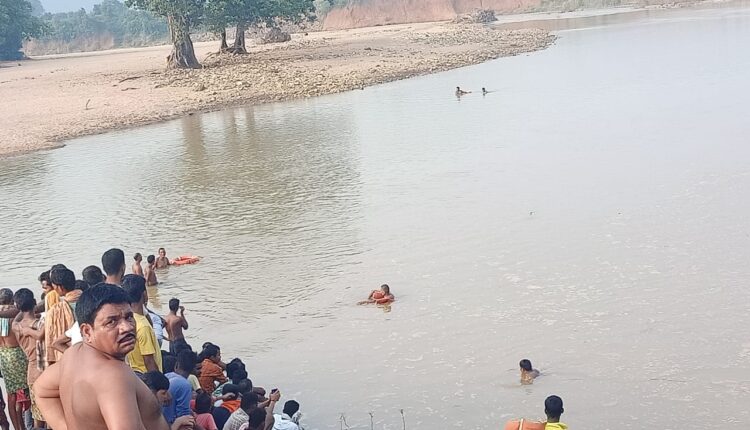 Rairakhol: A youth went missing while taking bath in a river today near Tikira under Nakatideula police limits in Sambalpur district. The youth has been identified as Amit Dhal from Keloberni village.

As per reports, Amit along with two of his friends went to Tikira riverbed to feast. At around 1 pm, he and his friends took bath in the river. But accidentally Amit fell into deep water and went missing.

His friends immediately informed Amit’s parents and locals about the matter. Police and Fire Service personnel also reached the after being informed and launched a rescue operation. Till the filing of this report, Amit was untraceable.