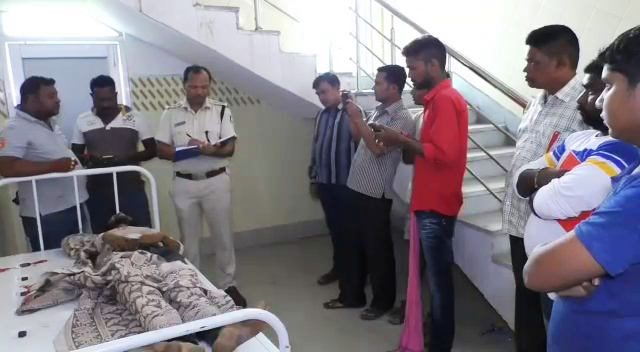 Jharsuguda: The body of a 22-year-old youth was found in front of the Durlaga Gram Panchayat office under Talapatia police limits in Jharsuguda district this morning.

Family members of the deceased identified as Tapan Sahu alleged that he fell to death from the Panchayat office rooftop after being pushed by his friends last night. However, police have detained a person in this connection while another is absconding.

Sources said Tapan went outside last evening to have dinner with his two friends outside. However, after consuming liquor atop the Panchayat office, the three friends got indulged in a heated argument. The situation took a violent turn when the two other friends allegedly pushed Tapan off the terrace killing him on the spot.

On receiving information, Talapatia police reached the spot this morning and sent the body to Jharsuguda district headquarters hospital (DHH), where he was declared dead.

“ One Debraj Singh had come to Tapan’s house at around 11 PM yesterday.When Tapan’s mother called the two for dinner, the former asked his mother to pack the food saying that they will have it together at Panchayat office rooftop. Later at around 1.30 AM, Debraj knocked at the door of Tapan’s house and asked their parents to go the Panchayat office before fleeing the spot. When the parents reached, they found Tapan lying on the ground in unconscious stage,” said a local requesting anonymity.

However, police officials could not be contacted to comment on the matter.