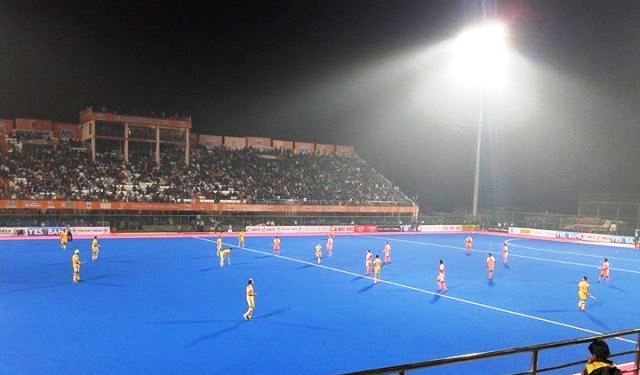 Bhubaneswar: As per the announcement of Hockey India yesterday, the online sale of tickets for FIH Men’s Series Finals to be held here next month, began today.

The tickets are available on the website ticketgenie.in (or click here) and entry has been made free for all the morning matches, as per reports. Free entry has been extended for spectators in East, North and South stands for matches at 8:45 am on June 6, 7, 10, 12 and 14.

However, for all other matches, the tickets are priced at Rs.200 for East Stand and Rs.100 for North and South stands in league matches to be played between June 6 and June 12. Tickets for semi-final (June 14) and final (June 15) matches will cost Rs.250 and Rs.150, respectively.

All the matches of hosts India have been scheduled in the evening.

Though, the occurance of Cyclone FANI had cast a doubt on Odisha hosting this international hockey event next month, the state government and Hockey India announced that the tournament will be held as planned.

This 10-day event to be held in Kalinga Stadium in Odisha capital will witness eight countries, namely India, Japan, Mexico, Poland, USA, South Africa, Russia and Uzbekistan  battle it out to secure top two spots, in order to qualify for the next stage of qualification for the 2020 Olympic Games.