Over 40 injured as bus carrying marriage party overturns in Odisha 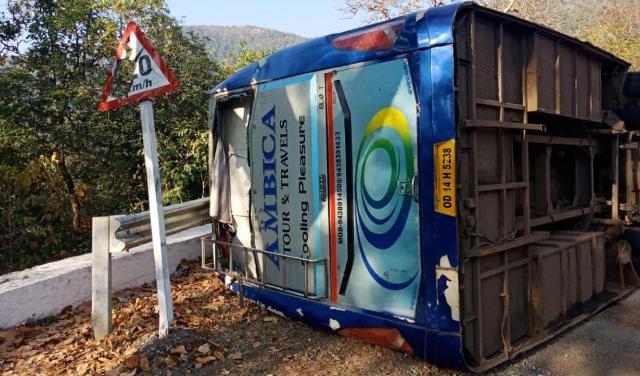 According to reports, kin and friends of groom Saroj Kumar Das were travelling in the bus from Rourkela to Berhampur when the driver of the vehicle lost control over the wheels at Kalinga Ghat on Bhanjanagar-Phulbani road.

The bus turned turtle leaving more than 40 persons, including the groom, injured.

On being informed about the mishap, local police reached the spot and rescued the victims. The injured ones were initially admitted to the Bhanjanagar hospital and ten of them were later shifted to the MKCG Medical College and Hospital in Berhampur as their condition deteriorated.