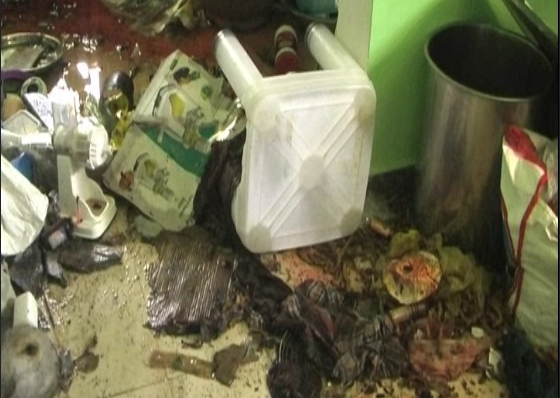 Balangir: The wedding gift parcel that exploded after being unwrapped killing two at Patnagarh in Odisha’s Balangir district was sent from Raipur.

The preliminary investigation by Odisha police revealed that the gift parcel was sent from Raipur by a person identified as RK Sharma through SkyKing courier service.

Police interrogated the deceased Soumyasekhar Sahoo’s family to know about the sender.

A team of police visited Raipur to probe the matter.

According to reports, the gift parcel reached the residence of Soumyasekhar at around 12.30 pm on Friday just five days after he tied the nuptial knot with Reema, daughter of Sudam Sahoo and Shantilata Sahoo, on Feb 17. The parcel was received by Soumyasekhar. While unwrapping the gift parcel, it exploded seriously wounding the newlywed couple Soumyasekhar and Reema and the groom’s grandmother Jemamani. While Jemamani succumbed to her injuries on the way to Balangir hospital, the groom died while taken to Burla Hospital. The bride Reema was rushed to IGH, Rourkela with 35% burn injuries and later to Balangir hospital and Burla hospital.

Reema was later shifted to SCB Medical College & Hospital in Cuttack from Burla Hospital after her condition deteriorated on Saturday night.

Reema’s face, neck and waist have been burnt. As the plastic surgery treatment is not available at VIMSAR, she was shifted to SCB Medical & Hospital in Cuttack, said Reema’s brother.