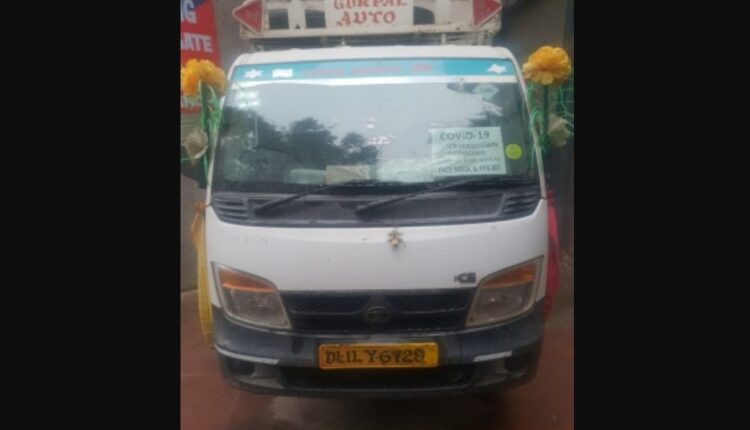 New Delhi: In view of the strict police security due to the pandemic situation, drug suppliers have been making way into Delhi through various means.

Taking advantage of the curbs, a gang used a tempo with a ‘Covid supply essential service’ sticker pasted on their vehicle to peddle drugs, dodging cops in the route from Odisha to the national capital. Delhi police have arrested two men and recovered 950 kg of marijuana from their possession.

Police said that acting on a tip-off, a trap was laid to nab Chandan Shah and Krishan Deo on January 1 in Delhi’s Nangloi, where their tempo loaded with contraband, was intercepted and the arrests were made along with the recovery.

During sustained interrogation, Krishan disclosed that he was a labourer earlier but about an year ago he met Munna, a resident of Berhampur in Odisha, who lured him to earn easy money through peddling of drugs.

Krishan then started supplying ganja with Chandan after procuring it from Munna in a truck, under the guise of other genuine goods.

Chandan along with Krishan after collecting the ganja supplied the same to the drug peddlers in the national capital.

Police are now investigating the receivers of the drugs.

Odisha Matric Exam-2021: Students to answer 80 marks of question for each paper