Plastic ban in Odisha: Stringent action against defaulters from today 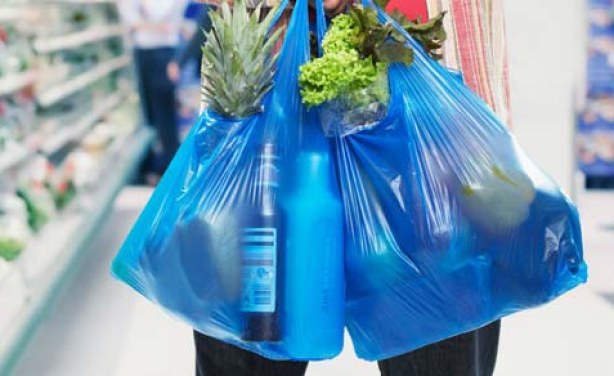 Bhubaneswar: In view of the rampant use of polythene bags despite ban order in six cities of Odisha, the authorities decided to strictly enforce the restriction from today.

In a letter to all the departments along with State Pollution Control Board, police, heads of five municipal corporations and Puri Collector, the Forest & Environment department directed them to follow the enforcement order by taking stringent action against defaulters.

The ban on the use of plastic carry bags will be strictly enforced in five municipal corporations in Bhubaneswar, Cuttack, Rourkela, Sambalpur and Berhampur and Puri municipality from today.

A special squad has been set up in six cities to initiate action against the shop owners, trading establishments and hotels for selling and using the polythene bags, said Forests and Environment director K Murugesan yesterday.

As per the order, if the traders and manufacturing units will be found selling the polythene bags will be seized under the Environment Protection Act. They will be slapped with a fine upto Rs 1 lakh. The small traders will be fined to the tune of Rs 3,000 to Rs 7,000.

If the trading establishments will be found repeating the offence, may face the jail term from 5 years to 7 years.

Sources said that the use of plastic bags has declined by 50 per cent after the declaration of the ban from Gandhi Jayanti on October 2.

As per the notification issued by the State Forest and Environment department on September 29 before implementation of the plastic ban in six cities, no person can sell, import, store, carry, transport or use polythene, plastic bottles, plastic carry bags of any shape and size (excluding compostable) within the municipal corporation limits of Bhubaneswar, Cuttack, Berhampur, Rourkela and Sambalpur and Puri municipality.

As per the government guidelines, the vendors will not be allowed to use polythene sheets of less than 50-micron thickness for storing, transporting, dispensing or packaging of any article, commodity, food items, milk, milk products and edible oil in a sealed manner.

However, the rule excludes any plastic for carrying and transporting garbage and containers like cup for milk products including curd and ice cream, polythene packaging materials used in plant nurseries, horticulture, agriculture and healthcare sector like medicines, blood transportation bags, syringe, sample or specimen bags, resealable bags, medical instruments and packing materials used for wrapping of any item at manufacturing stage.

The hotels with offering star category services will be fined Rs 2,000, Rs 10,000 and Rs 50,000 for the first three instances of violation. The criminal proceedings and cancellation of trade license could be initiated against those in case of violation of order further.

Buddhist monks, nuns from across world walk in Odisha to…