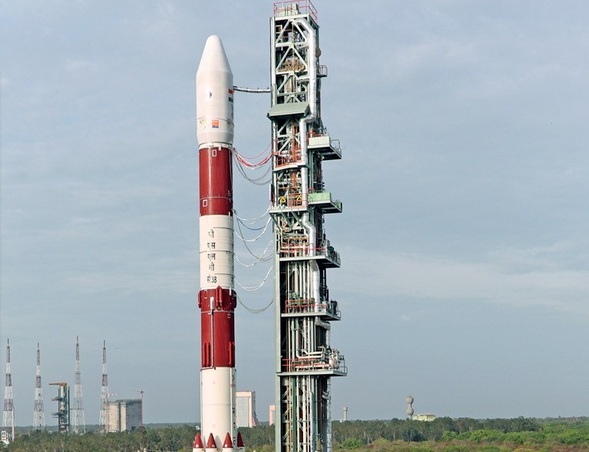 Sriharikota: In yet another multiple satellite launch, India on Friday successfully put into orbit its own earth observation satellite Cartosat, nano satellite NIUSAT and 29 foreign satellites from 14 countries.

This satellite is similar to the earlier Cartosat-2 series.

The other 30 satellites weighing 243 kg were from 14 countries – Austria, Belgium, Britain, Chile, Czech Republic, Finland, France, Germany, Italy, Japan, Latvia, Lithuania, Slovakia, and the US – as well as one Indian nano satellite, NIUSAT.

The whole mission got over in around 23 minutes.

“The mission is successful. All the satellites are in the orbit,” A.S. Kiran Kumar, Chairman of the Indian Space Research Organisation (ISRO), said after the launch.

Speaking about the GSAT-19 communication satellite launched early this month, Kumar said it had reached its designated orbit and all the payloads had been switched on.

He said that by the end of this month, one more communication satellite will be launched by India.

According to ISRO officials, the organisation has accelerated the work on developing the semi-cryogenic engine to increase the carrying capacity of heavier rockets geosynchronous satellite launch.

M. Annadurai, Director, ISRO Satellite Centre, said the signals from the satellites launched by the PSLV rocket on Friday were good.

He said ISRO’s satellite systems were getting compact.

According to ISRO, the images sent by Cartosat satellite would be useful for cartographic, urban, rural, coastal land use, utility management like road network monitoring, water distribution, creation of land use maps, change detection to bring out geographical and man-made features and various other land information systems and geographical information system applications.

One of the 30 co-passenger satellites is the Indian nano satellite 15 kg NIUSAT belonging to Nooral Islam University, Tamil Nadu.

Exactly at 9.29 a.m., the PSLV rocket – 44.4 metres tall and weighing 320 tonnes – tore into the morning skies with fierce orange flames at its tail.

Gathering speed every second, the rocket raced towards the sky amidst the cheers of the ISRO officials and the media team assembled at the rocket port here.

The PSLV rocket is a four-stage engine rocket powered by solid and liquid fuel alternatively.

At the rocket mission control room, Indian space scientists were glued to their computer screens watching the rocket escaping the earth’s gravitational pull.

Just over 16 minutes into the flight, the PSLV rocket ejected Cartosat at an altitude of around 510 km.

It was followed by NIUSAT and the 29 foreign satellites.