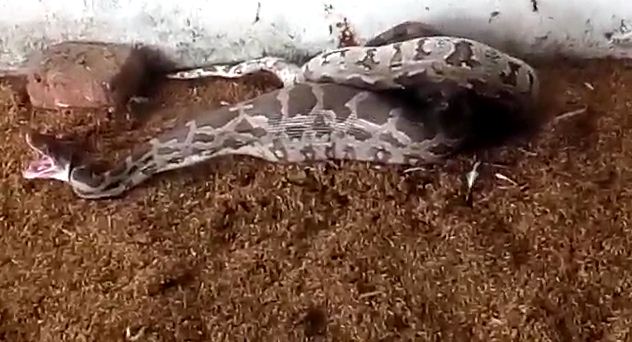 Sambalpur: A python engulfed a chicken at a poultry farm at Larasara village under Maneswar block of Odisha’s Sambalpur district.

A seven-feet-long python entered the poultry farm owned by Pratyush Pradhan of the village and swallowed the fowl weighing around 3 kg. Employees of the farm noticed the reptile this morning.

On being informed, Forest Department officials recahed the spot and rescued the snake. The python was later released into Deogaon Reserve Forest.