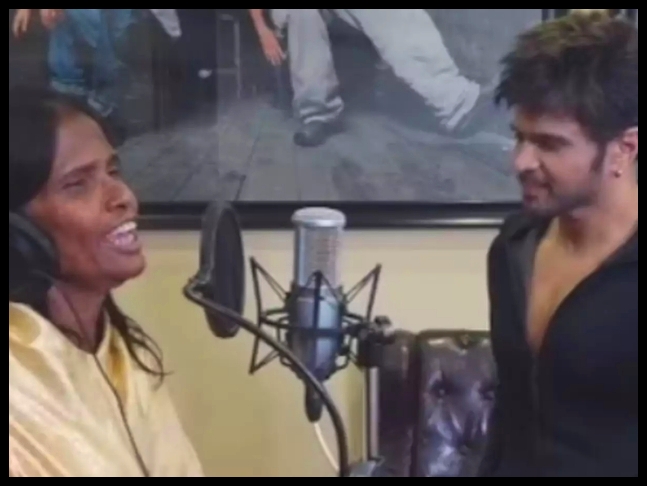 Mumbai: Ranu Mondal, the woman who became an internet sensation for her rendition of Lata Mangeshkar’s iconic song “Ek Pyar ka Nagma Hai”, is all set to make her Bollywood debut.

Singer-composer Himesh Reshammiya has offered Ranu Mondal to sing in his upcoming movie Happy, Hardy and Heer. She will be making an appearance in the singing reality show “Superstar Singer” along with Alka Yagnik, Javed Ali and Himesh Reshammiya who will be judging the contestants.

Himesh Reshammiya said Salman Khan’s father Salim Khan an ace producer-screenwriter advised him that if he comes across a talented person, he should not let them go and help that person to grow on his/her own talent.

Reshammiya says in a statement “Have Met Ranu ji, and feel that she is blessed with divinity. Her singing was mesmerising, and could not stop myself from offering her the best I could. She is God gifted, which needs to be shared with the world, and by singing in my upcoming movie, Happy, Hardy and Heer and I think I will help her voice reach everyone.”

The song is titled ‘Teri Meri Kahaani,‘ and Ranu recently recorded the track for Reshammiya’s movie.

Weeks back, I tweeted hoping that there would be a future for the gifted #RanuMondal, spotted on a train platform in #Bengal.#HimeshReshammiya gives her a new fairy tale life by getting her to sing in his upcoming movie.

What a moment it would be, if @mangeshkarlata met her!❤ pic.twitter.com/F2imC5RZva

Ranu was spotted at Ranaghat railway platform in West Bengal singing Lata Mangeshkar’s song. The video shared on social media platforms had gone viral and made her an overnight sensation.

Tight security in Odisha’s Kandhamal on Janmashtami. Here’s why