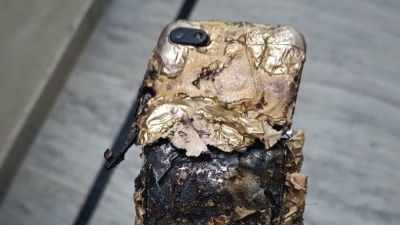 New Delhi: After a YouTuber claimed on social media that her aunt allegedly died after her Redmi 6A smartphone exploded near her on the bed while sleeping, Xiaomi said it was probing the unfortunate incident.

The YouTuber, who goes by the name MD Talk YT, shared screenshots of the exploded phone as well as her aunt lying in a pool of blood on the bed, claiming that an alleged battery explosion killed her relative who was living in the Delhi-NCR region.

“Yesterday in night my aunty was found dead, she was using a Redmi 6A, she was sleeping and she kept the phone near her face on the pillow side & after sometime her phone blasted. It’s a bad time for us. It’s a responsibility of a brand to support,” the tweet read.

Xiaomi replied in a tweet, saying the company is working to reach out to the impacted family and investigate the situation.

“At Xiaomi India, customer safety is of utmost importance and we take such matters extremely seriously. Our team is trying to get in touch with the affected family and determine the cause of the incident”.

The YouTuber from Haryana further posted that the victim’s son is serving in the Indian Army and the family lives a very simple life.

“Her family is so simple, her son is in the Indian Army. They don’t know so much. She only uses her phone just for calling & watching YouTube. Now if brands don’t accept their mistakes, don’t take responsibility directly, if a family has to fight for justice then what’s the use,” the YouTuber said in a tweet.