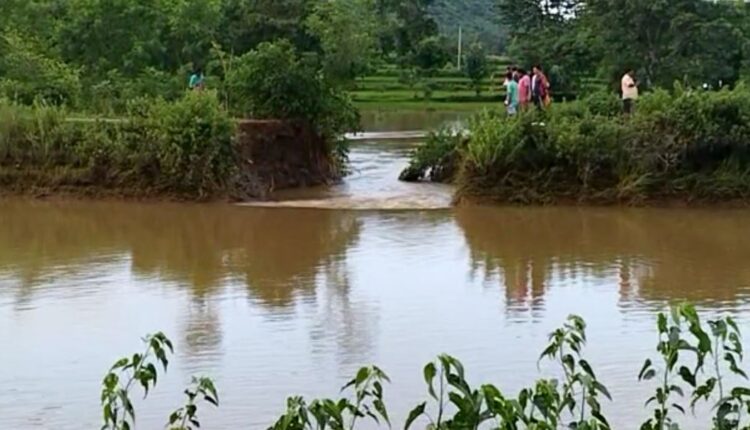 Jaipatna: A breach in the embankment of Indravati left main canal near Dangaripada village under Jaipatna block of Odisha’s Kalahandi district inundated farmlands and flooded nearby residential areas.

Crops on hundreds of acres of agricultural land have been damaged due to the breach, which reportedly developed on the embankment late last night.

It also snapped road connectivity to the village while excess water gushed into houses in the localities.

On being informed, concerned engineers rushed to the spot while efforts were on to repair the embankment.

Worth mentioning, south Odisha received heavy rainfall due to a depression which caused the canal to swell.