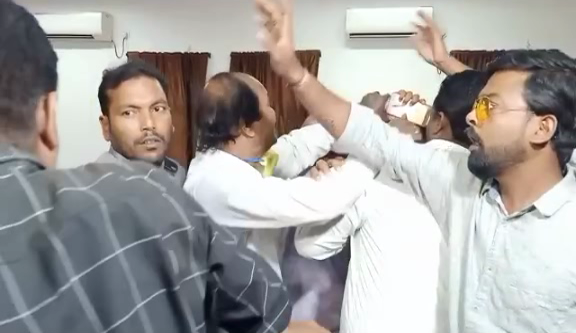 Two groups of Jagatsinghpur district Congress had face-off during the OBC Cell meeting chaired by party leader Bishnu Charan Barik at the Congress Bhawan in Bhubaneswar.

The party workers physically assaulted each other, tore down the posters of Congress leaders including Sonia Gandhi, Rahul Gandhi and ransacked the furniture at the building. 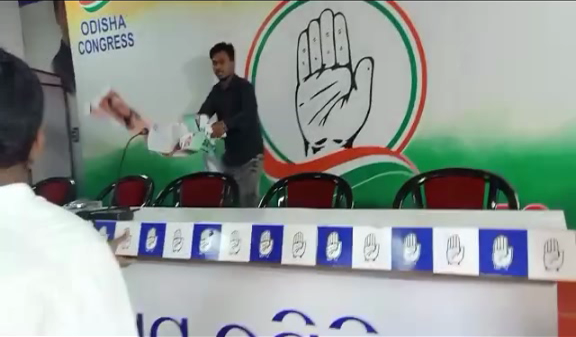 According to reports, Bishnu Charan Barik, who is the chief of Odisha Congress OBC Cell, had convened the meeting today. During the meeting, the party infighting intensified as two groups of Jagatsinghpur district scuffled with each other in presence of the OPCC President Niranjan Patnaik as well as the OBC Cell president.

Source said that the OBC Cell chief also assaulted after he was attacked by the party workers at the meeting.

“I am with the Congress since 1978. I hit the protestors back when they attacked me during the meeting,” Barik said questioning “Why they shunned me?”

It is worth mentioning that Barik had allegedly worked against party leader Chiranjiv Biswal in Jagatsinghpur and supported the BJD candidate in 2019 elections.