Talking to a tabloid, Sajid Nadiadwala who is the producer of the upcoming movie confirmed that the ‘Housefull 4’ actress will be cast opposite Salman Khan in the movie. Praising Pooja’s onscreen performances and considering her a ‘perfect fit’ for the role, Nadiadwala said, “She has an amazing screen presence and will make for a good pair with Salman. They will bring freshness to the story.”

The Hindi film industry is breathing in a phase where all kinds of experimenting are welcomed; be it unusual content or fresh pairing of celebrities as leads in the movie. With hashtags of Pooja Hegde and the movie’s title ‘Kabhi Eid Kabhi Diwali’, the Twitterverse have expressed their excitement to watch the fresh pair on screen. 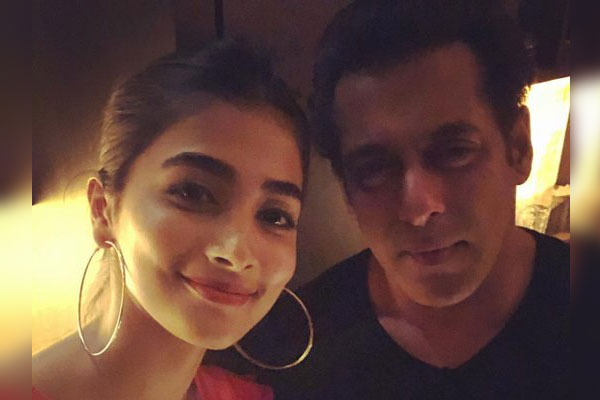 Pooja Hedge has been one of the celebrated actors in the South cine-industry. After receiving a slice of success with her performance in the movie ‘Housefull 4’, she has now become Bollywood’s sweetheart.

Pooja’s latest project was Telegu action-drama ‘Ala Vaikunthapurramuloo’ ,in which she was seen opposite south superstar Allu Arjun. Appreciating her hard work and onscreen performance, Allu Arjun said that she is the first heroine with whom he has worked for the second time.

‘Kabhi Eid Kabhi Diwali’ is an upcoming family drama that will be catalyzed by Salman and Pooja’s love story. As informed by Salman earlier, the movie that is a Farhad Samji directorial will hit theaters in 2021.