Seven held for murdering six of family in Odisha’s Balangir 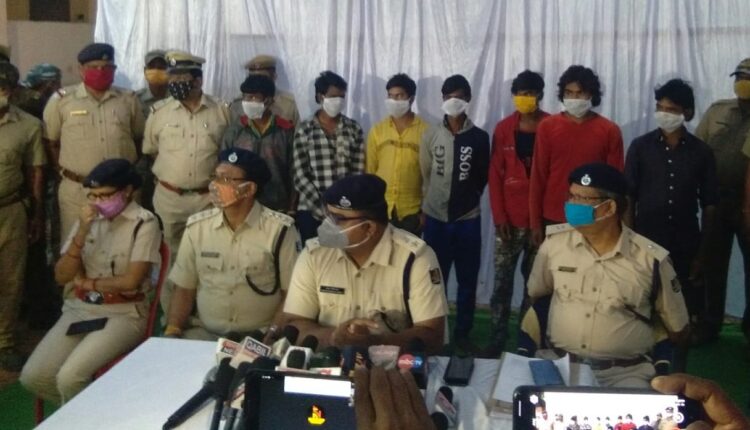 Patnagarh: The police today arrested seven persons on charges of murdering six persons of a family in Odisha’s Balangir district.

While seven accused in the murder cases have been held, two others are still absconding, said the SP adding that five teams of police personnel conducted raids at different places and arrested the accused.

The police official said the accused planned to eliminate Bulu and his family members in October. The murder incident was fall out of a 10-year-old rivalry between Bulu’s family and Jani, Gonda and Gangua families, the SP added.

After murdering Bulu and his wife, the accused hacked his two sons and two daughters to death fearing that if the children remain alive, they might take revenge.

Also, three vehicles, six mobile phones and weapons used in the murders were seized from the possession of the accused.

It is worth to be mentioned that Bulu (50), his wife Jyoti (48), two daughters Sarita (14) and Shreya (3), and two sons Bhishma (5) and Sanjeev (2) were found lying dead inside their house on November 11. Family members of the deceased alleged that the six persons were murdered as the bodies bore injury marks.

Tata Covid Hospital in Odisha’s Ganjam to be shut