Shocking! Sorcery rituals to bring back dead child in Odisha 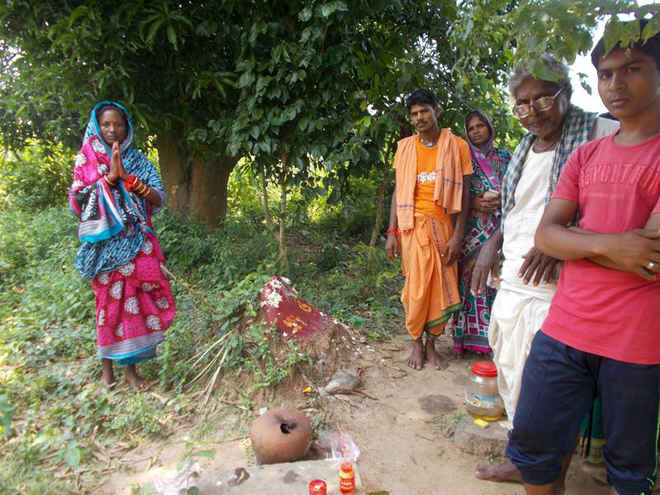 Chhatrapur: In a shocking incident, the sorcery rituals were conducted here for the last 96 hours to bring back a dead child.

The parents of the child in trap of superstition have been assured that their son will be alive by 4 pm following the rituals, which are underway since September 5.

The deceased child was identified as Sainanda, son of Sachidananda Sahoo of Sundarpur village under Chhatrapur block in Ganjam district.

Instead of taking the body to crematorium at his village even after the child was declared dead by the doctors at SCB, Sachidananda brought it to his home after his family felt the dead son alive. As per the suggestions of few villagers, the body was taken to a mango garden where a woman sorcerer assured the family to bring back their dead son.

On being informed about the incident, police reached the spot where the family and villagers prohibited them to enter the garden. They urged the police to wait for a day till the dead son wakes up.