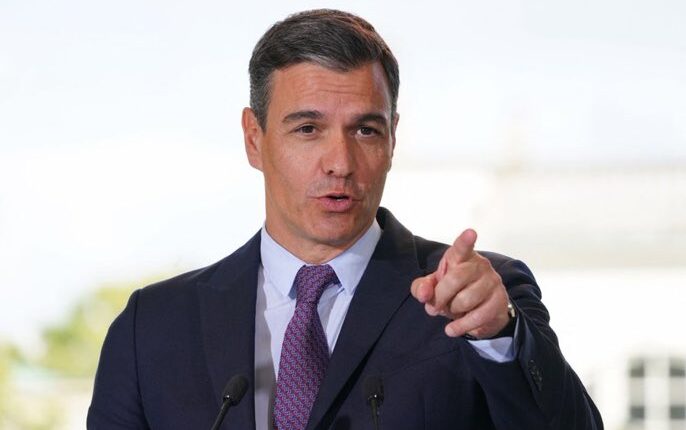 Madrid: Spanish Prime Minister Pedro Sanchez has urged citizens to stop wearing ties to work in an effort to save energy amid the ongoing heat wave.

Addressing reporters on Friday, Sanchez pointed out that he was not wearing a tie and said he wanted his ministers, public officials, and workers in the private sector to do the same, the BBC reported.

“This means that we can all save energy”, he added.

Saying that his government will adopt an “urgent” energy-saving decree on Monday, the Prime Minister added not wearing ties will ensure people stay cooler and therefore lower energy costs, because air conditioners will not be used often.

As well as increasing energy costs, the recent heat wave has also led to more than 500 deaths in Spain over the past two weeks.

As much of Europe is experience sweltering heat, a number of countries have adopted measures to deal with saving energy and reduce dependency on Russian gas following its invasion of Ukraine, reports the BBC.

Recently in the UK, politicians were told that they could ditch their suit jackets while in the House of Commons.

In France, shops will be ordered to close doors when using air conditioning and limit neon lighting in a bid to cut energy waste.

The German city of Hanover announced that it would only offer cold showers in public pools and sports centres.