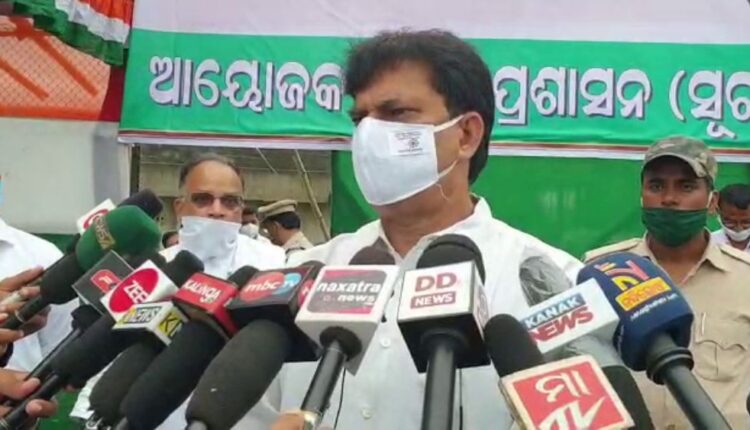 Bhubaneswar: Odisha School and Mass Education Minister Samir Ranjan Dash on Saturday said due to poor internet connectivity in the state many students have to walks miles, climb hills and trees to attend online classes during the COVID-19 pandemic.

Dash said that about 22 lakh children are now availing e-education in the state, while the remaining 38 lakh students are deprived of the facility due to non-availability of mobile network in their areas.

ASER-2022: Enrollment in government schools up in Odisha

He said Chief Minister Naveen Patnaik has taken up the matter with Prime Minister Narendra Modi for expanding net connectivity in remote areas of the state.

The minister said this after unfurling the tricolour at the Independence Day function at the district headquarters town of Jajpur.

As schools are closed since March due to the pandemic, the state government has started online classes. However, only one-third of the students could avail the facility with much difficulty due to poor internet connectivity in different parts of the state. According to reports received by the government students in Rayagada district walk miles and climb hills to attend online classes, the pupils in Sambalpur and Deogarh districts climb high rise water tanks for getting net connectivity.

Another report from Angul and other districts said children have to climb trees to get net connection for attending online classes. “I am happy that my department has been imparting online classes but children have to climb trees, hills to get net connectivity. This is a central issue and our Chief Minister has taken up the matter with the Prime Minister for expanding net connectivity in remote areas of the state,” he said. Das said: “Had there been no online classes, the reports of children climbing hills and trees would not have received. I am happy that our teachers are taking online classes.” The minister said it has been proposed that teachers will visit areas where there is poor internet connection and teach the children at their homes.

The minister said that since three months of the new academic session have already passed, the department has already set up committees to reduce the school syllabi accordingly. The revised syllabi will be finalized next week, he said.

On reopening of the schools, the minister said the government has no immediate plan for reopening of schools in view of the surge in COVID-19 cases.

He said the Centre has closed the schools till August 31. The Centre may ask states to take decisions on school reopening in September. However, going by the rising number of COVID-19 cases in August, it cannot be said that the situation will be normal next month in Odisha, Dash added.