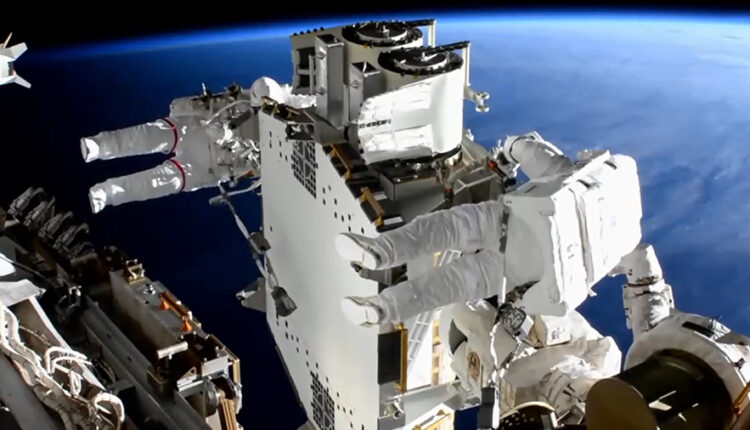 Washington: Two astronauts onboard the International Space Station (ISS) have successfully completed the deployment of solar arrays, which will soak up the sun’s energy to provide electrical power for the numerous research and science investigations conducted every day, as well as the continued operations of the orbiting platform.

#ICYMI: This time-lapse video shows the new roll out solar arrays deploying from start to finish. @Astro_Kimbrough and @Thom_Astro completed the installation work today then readied a second set of solar arrays for an upcoming spacewalk. pic.twitter.com/hCx1A5PoVc

NASA astronaut Shane Kimbrough and ESA (European Space Agency) astronaut Thomas Pesquet in their eighth spacewalk of the year outside the ISS deployed the new ISS Roll-Out Solar Array (iROSA) on the far end of the left (port) side of the station’s backbone truss structure (P6).

The new iROSA was delivered to the ISS by the SpaceX Dragon spacecraft early this month.

Kimbrough and Pesquet successfully unfolded the solar array, bolted it into place, and connected cables to the station’s power supply to complete deployment.

In addition, the astronauts removed and stowed hardware in preparation for releasing the second iROSA from the flight support structure for installation.

The pair will work toward the second solar array upgrade, this one on the P6 truss’ 4B power channel, during another spacewalk, tentatively scheduled for June 25.

Developed by space infrastructure company Redwire, the iROSA or “flex blanket” solar array, which is around 3,000 pounds, was loaded in Dragon’s unpressurised trunk.

Each of SpaceX Dragon’s cargo launch missions will carry two arrays. Once installed, the six iROSA arrays will collectively produce over 120KW of power.

According to Redwire, the new iROSA arrays will improve the ISS’s power generation by 20-30 per cent.