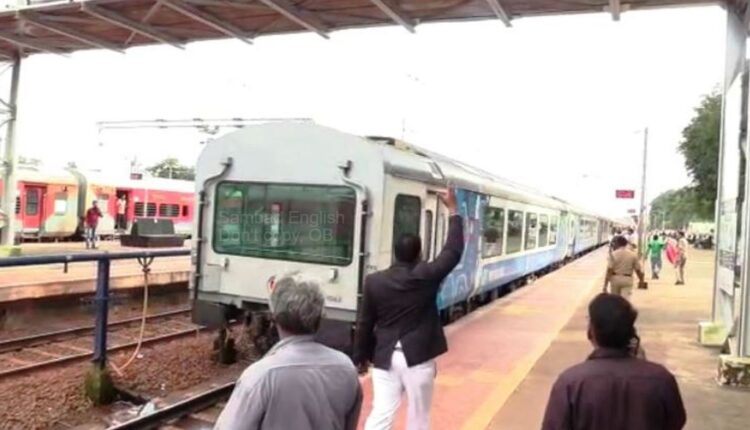 Koraput: In a bizarre incident, a passenger train left Koraput Railway Station in Odisha without the Travelling Ticket Examiner (TTE) and Guard, today.

According to reports, a passenger of the Kirandul-Visakhapatnam train complained about dirtiness in one of its coaches. On the basis of the complaint, Railway Protection Force (RPF) personnel held discussion with the passenger during the train’s halt at the station.

In the meantime, the TTE and the Guard alighted from the train and were talking to each other during which the train started leaving the station.

The Guard then informed the Loco Pilot about the incident over walkie-talkie, following which the train stopped after covering some distance.

The two eventually walked to reach the train.