BIG STORYFEATUREDSTATE
By Biswajeet On May 20, 2017 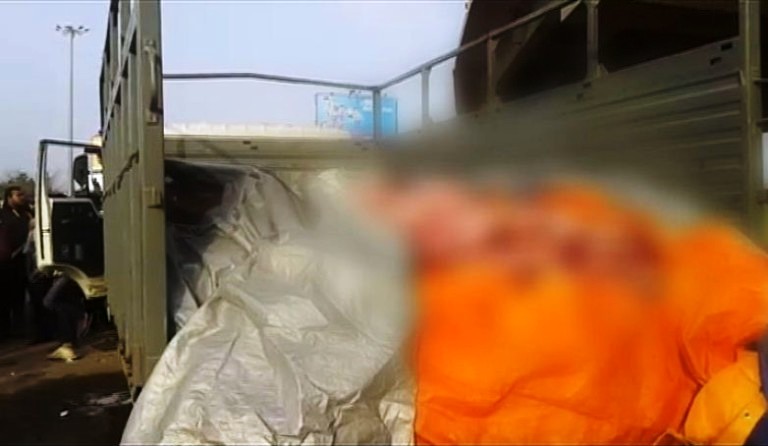 A mini truck allegedly carrying beef was intercepted by locals at Rasulgarh in Odisha capital this morning after the vehicle got involved in two road accidents on the National Highway.

According to reports, the mini truck, which was on the way to Bhubaneswar from Cuttack, hit a vehicle near Palasuni and escaped from the spot.

Moments later, it dashed into another vehicle at Rasulgarh following which locals intercepted the mini truck.

They later found that it was laden with meat and suspected it to be beef.

On being informed by locals about the incident, police reached the spot and detained the driver for questioning.

“Investigation into the matter is on. The meat samples have been sent for examination,” a police official said.