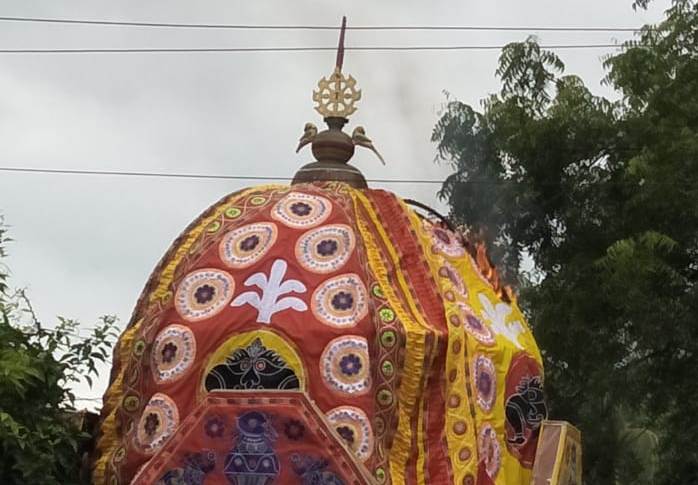 Jajpur: The Ratha Jatra festivity turned into a tragedy as two persons were electrocuted and seven others sustained injuries after the chariot came in contact with live wire in Odisha’s Jajpur district.

As per reports, the chariot made of iron came in contact with electric wire before it was being pulled on the occasion of Ratha Jatra today.

The newly-constructed iron chariot was being taken to the starting point for beginning of the festival.

After the chariot came in contact with the wires, the cloth decoration wrapped around the chariot caught fire. Fire personnels were called in to douse the fire.

The pulling of the chariot has been suspended after the incident and the injured have been admitted to Tata Steel Medica Hospital here.

The deceased have been identified as Suchitra Lenka and Bharat Ray. Condition of three injured is stated to be critical.