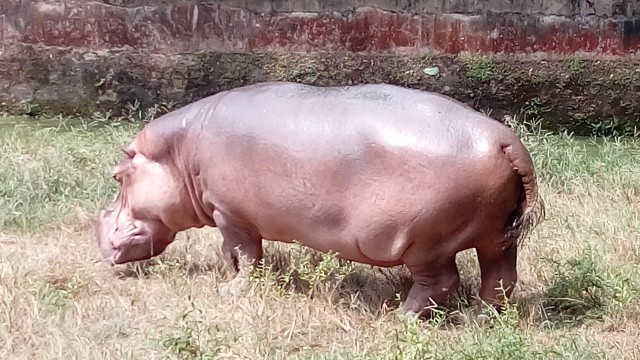 Bhubaneswar: A pair of hippos was sent to Nandanvan in Chhattisgarh as gift from Nandankanan Zoological Park in Odisha on directive by the Central Zoo Authority (CZA) of India.

Two hippos — one male and one female — were transported to Chhattisgarh zoo Nandanvan in a special vehicle from Nandankanan, on city’s outskirts, late on last night.

The two were brought out from the enclosure by a crane on Wednesday.

Tiger, lion, bear, elephant safaris to come up in…

The relocation process began with visit of a five-member team from Nandanvan to Nandankanan on Oct 4. However, it was delayed for relocating the mammals as the authorities were yet to receive permit from the CZA.

After the Nandanvan officials’ team got the permission on Oct 9, the hippos were sent from Odisha zoo.

Notably, the two mammals (male and female hippos) were born at Nandankanan in 2007 and 2009 respectively.

With relocation of two hippos, the number fell to 13 at Nandankanan.