Two minors drown in Odisha’s Balasore while bathing in pond 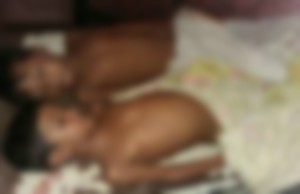 In a shocking incident, two minor boys today drowned while taking bath in a water body in Balasore district of Odisha.

The deceased have been identified as Birendra Patra (5) and Ansuman Patra (4) of Chakachanua village under Basta police limits in the district.

According to reports, the duo had gone to take a bath in a pond located at the backyard of their house without informing family members.

However, they drowned in the pond while taking bath due to unknown reasons.

Family members conducted a search operation to trace the boys as they were found missing.

Later, they were rescued from the water body in a critical condition.

Family members rushed them to Balasore District Headquarters Hospital where the attending doctor declared them dead as they breathed their last on their way to hospital.

The deceased are said to be neighbours. A pall of gloom descended on the village after tragedy struck the family.