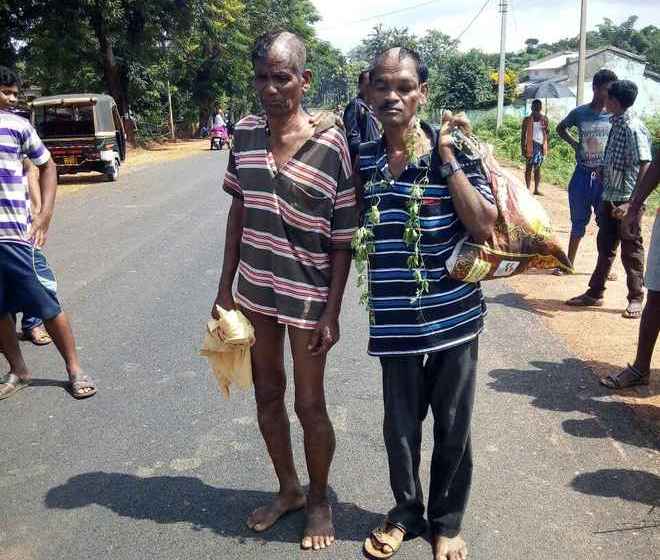 Irate people today paraded two persons around the town after tonsuring them for allegedly raping a differently-abled minor girl in Odisha’s Kandhamal district.

According to reports, the two accused have been allegedly raping a physically and mentally challenged minor girl since last few days in ward no 12 under G. Udayagiri Notified Area Council (NAC) in the district.

However, their nefarious activities went bust after a youth today caught them in an indecent condition. The girl’s mother was informed about the incident after which the victim narrated her ordeal to the single parent.

No sooner the news spread, the incensed people tonsured the duo after beating black and blue and paraded them in the city.

Police reached the spot and rescued the miscreants from irate people.

“A case (86/2016) has been registered under POCSO Act by G. Udayagiri police after a complaint filed by the victim’s mother. Police have forwarded the criminal duo to court under section 376, 34, 4 and 5 of IPC,” said IIC Laxmikanta Tiwari.

The arrested have been identified as Jalandhar Nayak and Debananda Pradhan.