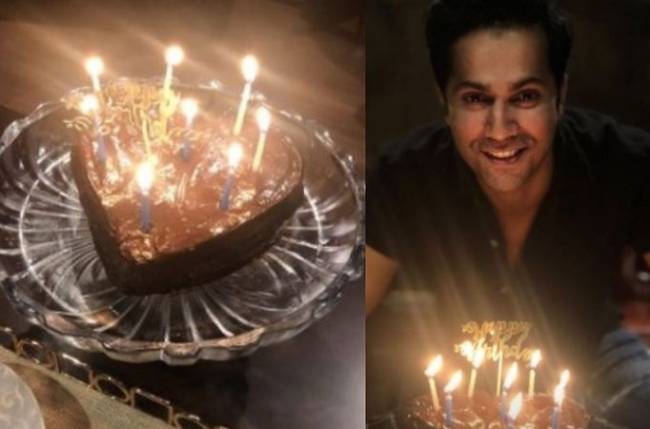 Mumbai: Bollywood actor Varun Dhawan rang in his 33rd birthday amid lockdown with his near and dear ones at home.

Varun took to Instagram Stories where he shared a photograph of his modest celebratio at home.

The actor shared a picture of a heart-shaped chocolate cake. He then shared another image of himself posing with his cake.

Varun Dhawan opens up on constant vigilance on his life

In other news, Varun has provided free meals for doctors and healthcare staff who are leading the nation’s fight against the COVID-19 pandemic.

On the film front, he was last seen on screen in “Street Dancer 3D”. He will next be seen opposite Sara Ali Khan in “Coolie No. 1”. The film is a remake of the Govinda-Karisma Kapoor starrer of the same name that released in 1997 and was directed by Varun’s father David Dhawan, who also calls the shots on the new version.

No rituals outside Srimandir can take place during lockdown: Puri Gajapati