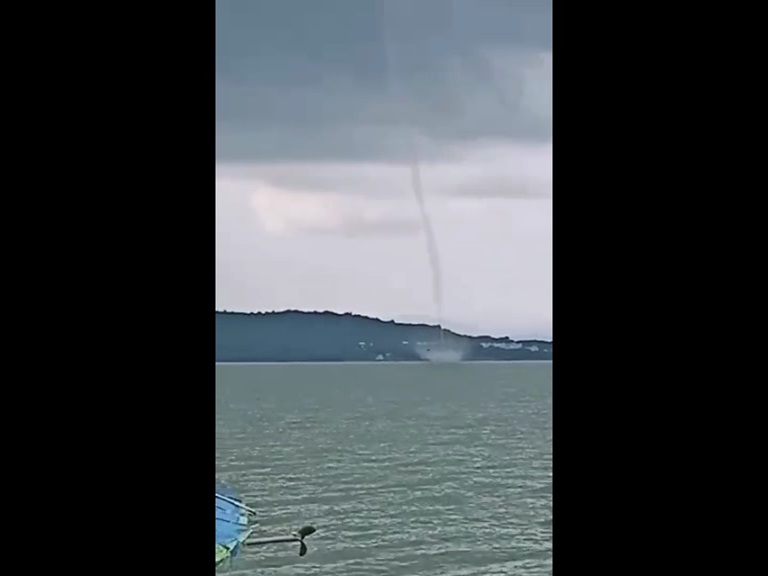 Chilika: A sky-touching whirlwind over Chilika lake triggered panic among locals here yesterday. However, no damage has been reported due to sudden changes in atmospheric pressure.

A video of whirlwind was captured on smartphones showing the lake water accompanied with strong wind swirling in the air.

It was formed between Kalijai and Jatianasi and lasted for around 15 minutes. Within short span, the giant whirlwind disappeared.

The locals termed the activity of wind over Chilika as ‘Hatiasundha’.

Watch the sky-touching whirlwind over Chilika:

Notification out for Bijepur bypoll in Odisha