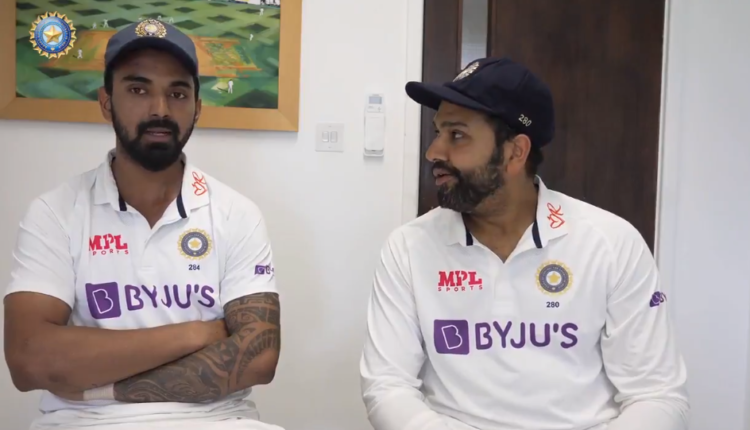 Speaking to his opening partner Rohit Sharma in a video chat posted by the Board of Control for Cricket in India (BCCI) on Saturday, Rahul dubbed as ‘the man of the hour’ by Sharma, talked about how he felt his return to Test cricket was destined.

He added, “Getting dropped from Test cricket was disappointing. It did hurt but I had nobody else to blame but myself. Performances weren’t there; I just had to wait for my opportunity. The way it came to me I think it was meant to be for me. Just enjoyed my batting and getting a hundred at Lord’s makes it even more special.”

Quizzed by Sharma on anything specific he focused upon, Rahul said, “Before I got dropped, I played in various conditions like South Africa, England, Australia. Though I toured there first time, I realised that my mind was very cluttered. I felt like I had two shots for every ball and thinking about ‘runs, runs and runs.’ But this time, I am telling myself to just play the ball and not look go searching for runs. It was a conscious effort from me. It’s not something that happened overnight.”

He further explained, “When I was watching the game in the time away for two years, I used to watch you getting runs in India, the processes remained the same. How the batsman builds his innings, it remains the same. Watching that made me realise that this could be something I could bring into my game can be helpful for me. So, I am glad that it’s helped me and the whole batting group.”

Rahul and Sharma put on an opening stand of 126 runs in the second Test. Sharma missed out on a century after being dismissed for 83 but Rahul went on to score his sixth century in Test cricket.