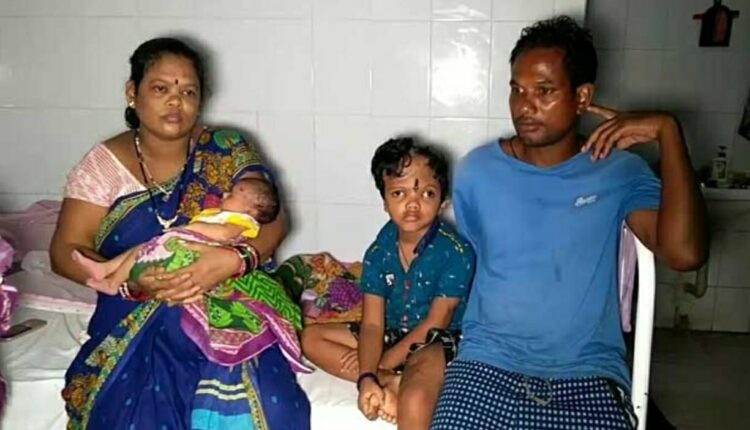 Phulbani: Separated conjoined twin Jaga, who lost his brother Balia last year, is overjoyed at the arrival of his newborn sister ‘Subhadra’.

Jaga’s mother Sanjukta Kanhara delivered the baby girl at Kandhamal District Headquarters Hospital (DHH) in the afternoon of August 7. Both the mother and the newborn are reportedly healthy.

After being shifted from SCB Medical College and Hospital, Cuttack, Jaga along with her mother was staying at the DHH here. Birth of the baby girl has spread happiness among all in the hospital.

“We were devastated by the loss of our son Balia in November last year. Though the loss is irreparable, arrival of the baby girl has somehow brought happiness in the family. Jaga, who felt lonely after losing his twin brother, is also very happy to meet his sister,” said the mother.

Worth mentioning, the conjoined twins from Melupada village in Kandhamal district, were separated at AIIMS, New Delhi following an 11-hour marathon surgery in October, 2017. Both were later shifted to SCB Hospital in Cuttack in September, 2019.

However, Balia suffered from different health issues post the surgery and died at the hospital due to septicemia on November 26, 2020.