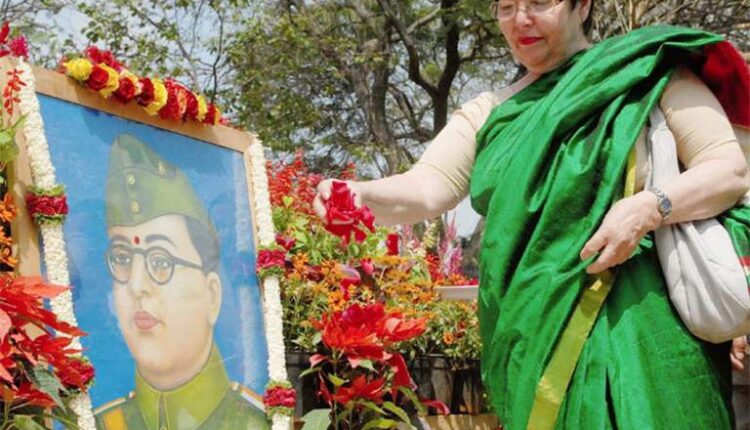 Bhubaneswar:  As the nation is remembering Netaji Subhas Chandra Bose on his 125th birth anniversary today, his only daughter Prof Dr Anita Bose Pfaff paid an emotional tribute to the iconic freedom fighter.

Addressing to the people of the country with a ‘Namaskar’, Prof Dr Anita Bose Pfaff, in a video message, said ‘124 years ago, one of India’s most renowned sons-my father Netaji Subhas Chandra Bose was born in Cuttack. The Centre and State Governments have decided to honour him on 125th year after his birth. Thank you very much for this decision.”
“Netaji was a man of sought and also of action,” she stated.
RELATED

He had envisioned a country which would be modern, enlightened and at the same time deeply rooted in history, philosophy and in religious traditions. He foresaw there would be challenges after independence and hoped to be part of people, who would face them but that wasn’t to be. All of us normal people, if we cannot contribute as great things as the freedom fighters did, we can make our small contributions to the wellbeing of India, its citizen and the citizens of the world.

Prof Dr Anita Bose Pfaff also said that Netaji’s dominant emotion was his great love for his country and that superseded everything else- his loyalty towards his friends and family, the concern for his own safety. He risked his life for India’s freedom, added the 78-year-old economist, who also prayed for the people of the country during the trying times of the raging pandemic.

She is the former professor of University of Augsburg and a politician in the Social Democratic Party of Germany.

Relationship insecurities may up postnatal depression in men