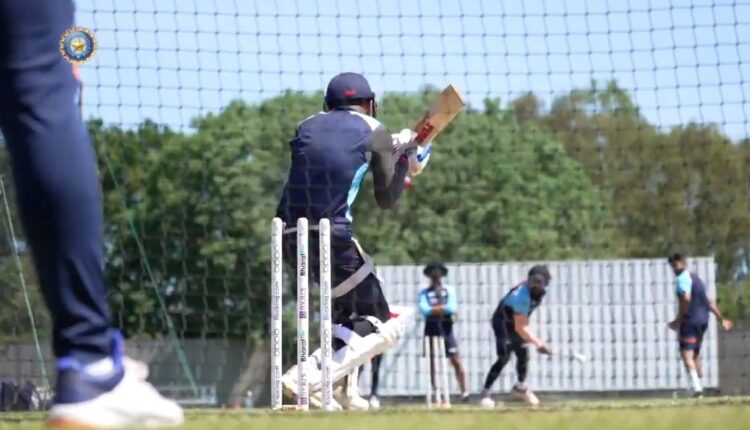 Southampton: India skipper Virat Kohli got a glimpse of pace and bounce, that groundsman Simon Lee wants in the World Test Championship (WTC) final pitch, during a nets session at the Hampshire Bowl here.

Three sleeps away from the BIG GAME. 👍👍

How excited are you? 🙌 🙌#WTC21 #TeamIndia pic.twitter.com/nqaI6cf33H

Kohli was felled by a fast bouncer from one of India’s throwdown specialists in a video posted by the Board of Control for Cricket in India (BCCI) on Tuesday as he prepared for the WTC final that gets underway from June 18.

Lee was on Monday quoted as saying, “For me personally, I just want to get something out that has some pace, bounce and carry in the pitch.”

The 32-year-old, who is India’s No. 4 in Test batting line-up, was also seen blocking a yorker, playing drives and reaching out for a delivery.

India vice-captain Ajinkya Rahane also seemed to be getting a hang of things as he played a flick shot that was acknowledged by teammates including bowler Ishant.

India had reached Southampton on June 3 and underwent quarantine for 10 days during which they also played an intra-squad simulation match.

They came out of quarantine on Monday.

The Indian Test squad is staying in United Kingdom for three-and-a-half months during which they will also play a five-Test series against England in August-September.

India likely to play warm-up match ahead of Test series…

Virat Kohli only expressed opinion on 3-Test WTC final, not…