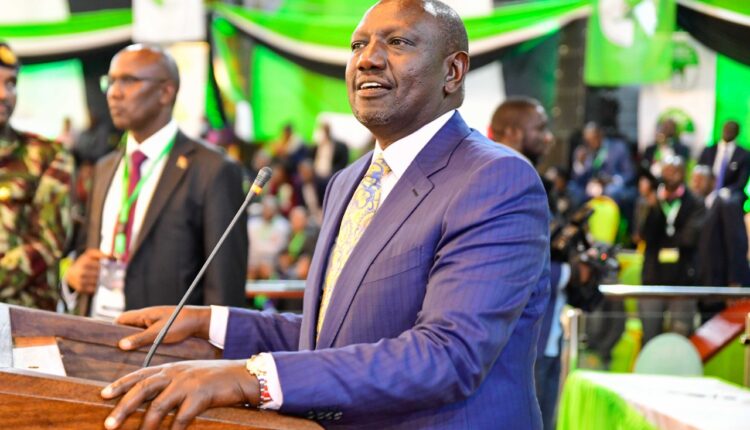 Nairobi: Kenya’s Deputy President William Ruto has been declared as the winner of the presidential election, beating his main rival and long-time opposition leader Raila Odinga

On Monday night, chairman of the Independent Electoral and Boundaries Commission (IEBC) Wafula Chebukati announced that Ruto garnered 7,176,141 votes, or 50.49 per cent of the total ballots cast in the August 9 polls ahead of Odinga, also a former Prime Minister, who garnered about 6,942,930 votes, or 48.85 per cent, reports Xinhua news agency.

Ruto, 55, will take over from President Uhuru Kenyatta, who has led the country for more than 10 years.

Immediately after the announcement of the presidential results, protests broke out in some parts of the country, mainly Odinga’s strongholds in western Kenya, the capital Nairobi and the eastern part of the country.

Police in the western city of Kisumu, some parts of Nairobi including Kibera and Mathare slums, engaged Odinga’s supporters in running battles to protest the presidential results, alleging irregularities.

Nairobi’s central business district had earlier been deserted as several shops were hurriedly closed amid traffic snarl-ups out of the city.

In his victory speech, Ruto pledged to extend a hand of friendship to political rivals, unite the country and advance shared growth and prosperity.

“The people of Kenya have assigned us a responsibility to execute and I promise to run a transparent, open and democratic government that serves everyone fairly,” he said while being flanked by immediate family members and political allies.

The announcement was delayed amid scuffles and allegations of vote-rigging by Odinga’s campaign.

Four of the seven members of the electoral commission were absent at the announcement.

“We cannot take ownership of the result that is going to be announced because of the opaque nature of this last phase of the general election,” said Juliana Cherera, the IEBC vice-chairperson.

Cherera said the institution had carried the election process in a fair manner until the final part of tallying the results.

She urged those aggrieved to challenge the results in court.

The sudden split in the commission came minutes after Odinga’s chief agent said they could not verify the results and made allegations of “electoral offenses” without giving details or evidence.

The 77-year0old Odinga didn’t come to the venue for the declaration.