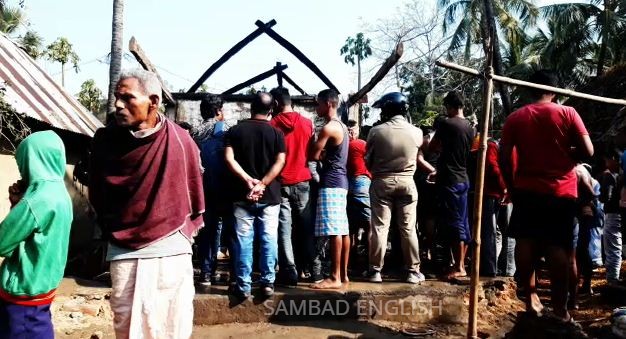 Bhadrak: A woman was charred to death while her husband sustained critical injuries in a fire mishap at her house in Serapur village under Bhadrak Rural police limits in Odisha, today.

The deceased has been identified as Sarojini Parida. According to reports, the woman was cooking this morning when fire broke out reportedly due to an electrical short circuit.

Moments later, an LPG cylinder which was being used for cooking exploded torching the woman to death. Husband of the woman, who tried to save her, was grievously injured and rushed to the Bhadrak District Headquarters Hospital for treatment.

On the other hand, articles inside three rooms of the house were gutted in the blaze. Fire Service personnel, on being informed, reached the village and initiated efforts to douse the flames.