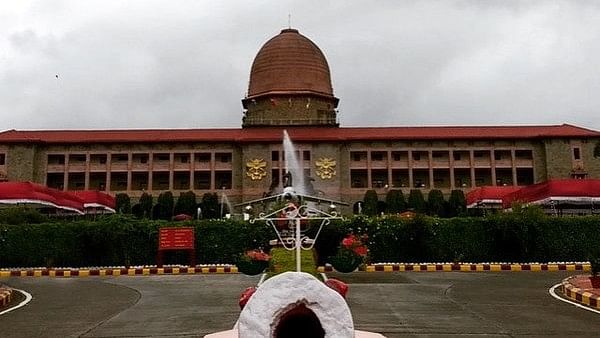 New Delhi: Nudged by the Supreme Court, the Centre on Wednesday informed the top court that it has taken a decision to allow women into the National Defence Academy (NDA).

Additional Solicitor General Aishwarya Bhati, representing the Centre, submitted before a bench headed by Justice Sanjay Kishan Kaul that there is good news, as a decision has been taken at the highest level that women will be inducted for NDA, and the chiefs of three Armed Forces have also agreed. Bhati said the decision had been taken late evening Tuesday (September 7).

Justice Kaul said that the court has been periodically nudging the authorities to do it themselves, and sometimes things only move when the court steps in. “Armed forces are respected forces of this country. But on gender equality they have to do more”, said Justice Kaul.

Bhati said it will be path-breaking and generational reform. The bench responded that the court is extremely glad to learn that the Armed Forces themselves took decisions to induct females in the NDA. However, the top court emphasized that it is important for it to take a stand on these issues.

The top court also asked the Centre to inform: What it is doing now? What is it planning to do in the future?

The Centre said it will file an affidavit regarding its submissions allowing girls into NDA.

The top court was hearing a PIL filed by advocate Kush Kalra, seeking NDA to open its doors for women aspiring to join the Armed Forces. The plea was argued by senior advocate Chinmoy Pradip Sharma.

The plea also sought direction from the court to allow women to get trained in the Indian Naval Academy as well.

On August 18, the Supreme Court had said the mindset is not changing and emphasized why judicial orders are required to allow women candidates to take the entrance exam for National Defence Academy (NDA), even after the top court’s judgment expanding the horizons and extending the permanent commission in the Army to women.

The top court passed an interim order allowing women to take the exam slated on September 5. However, Wednesday the top court was informed that the exam has been rescheduled to November 14.

The matter has been adjourned to September 22.

Tamil Nadu passes resolution against CAA; Religion not base for getting citizenship, says Stalin