Youth dead, another critical in motorcycle-truck collision in Odisha 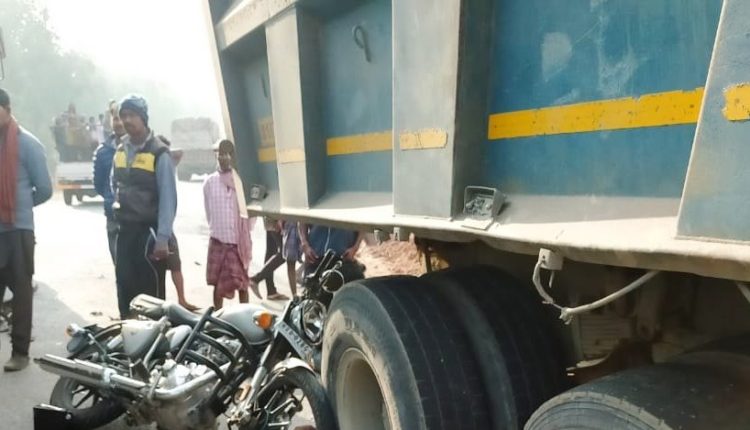 Sambalpur: A 25-year-old youth was killed while another suffered critical injuries after the motorcycle (bullet) they were travelling on had a head-on collision with a Hyva truck on NH-55 near Amalipani under Jujumura police limits in Sambalpur district last night.

The deceased has been identified as Nilu Sahoo, a resident of Balianta area in Khordha.

Sources said When Nilu along with his friend Sonu Barik (24) was returning from Sambalpur at around 8.30 pm yesterday, his motorcycle collided head-on with a Hyva truck near Amalipani. The truck was heading towards Jujumura from Rairakhol. On receiving information, Jujumura police reached the spot, rescued the two and rushed them to Sadar Hospital here.

However, Nilu succumbed to injuries while undergoing treatment at the hospital this morning.