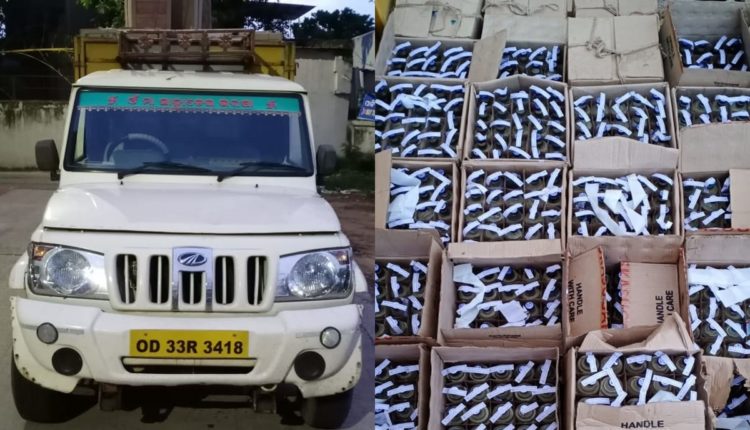 Cuttack: Odisha police seized 3000 bottles of ID liquor, one pick-up van and took two persons into custody today in Cuttack district amid the ongoing nationwide lockdown and ban on the sale of liquor.

According to information, the pick-up van was carrying liquor bottles and heading from Cuttack to Jagatsinghpur, when the occupants of the vehicle were intercepted by the police. The bottles were packed in cartons and found in the car’s boot, following which they were arrested.

The cops seized 3000 bottles of ID liquor and a pick up van from their possession. A case has been registered at the Malgodown police station and an investigation has been initiated.

Odisha COVID-19 tally reaches 149 with another case from Jajpur

Man set on fire for stalking woman in UP