5 days ahead of release, ‘Pathaan’ advance bookings open on Jan 20 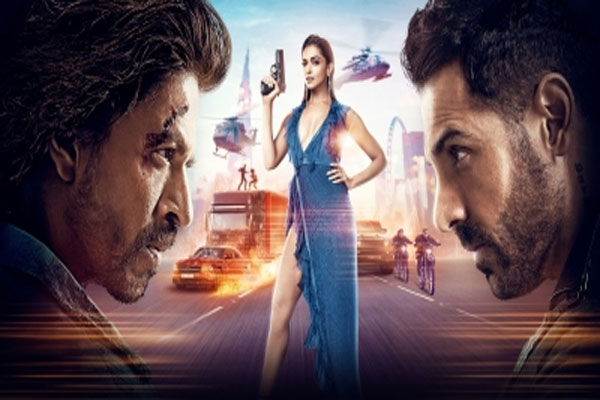 Mumbai: Bollywood superstar Shah Rukh Khan is returning to the silver screen after 4 years with his upcoming spy-thriller movie ‘Pathaan’. Naturally, the audience is charged up to witness one of India’s biggest superstars back in action.

Considering the buzz around the film and the anticipation on the audience’s part, the makers of the film have decided to open the advance booking of the film 5 days prior to its release.

The advance booking for the film will start on January 20. The strategy is to take the hype around Pathaan to its most optimal point before the production house, YRF gives an opportunity to audiences to book tickets of this big ticket Hindi tentpole movie.

Rohan Malhotra, Vice President, Distribution, said: “The advance booking for Pathaan will open on 20th Jan in India for the normal 2D version in Hindi, Tamil and Telugu along with premium formats like IMAX, 4DX, D BOX and ICE versions in Hindi.”

“YRF is very excited to release the 4th film of the YRF Spy Universe which marks the entry of superstars Shah Rukh Khan, Deepika Padukone and John Abraham to one of India’s biggest franchises, he added.

‘Pathaan’ is a part of Aditya Chopra’s spy universe and has the biggest stars of the country including Deepika Padukone and John Abraham. The film will have a trilingual release in Hindi, Tamil and Telugu on January 25, 2023.