Abhijit Iyer arrested in Delhi for derogatory remarks on Odisha 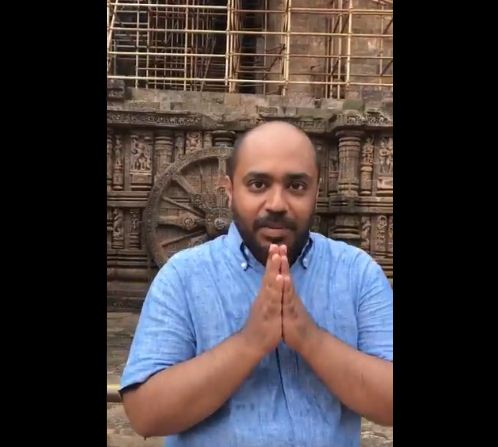 Iyer was later produced before Saket Court in Delhi following a medical examination. The Odisha police is likely to take the journalist on transit remand, sources said.

On the other hand, journalist Aarti Tikoo Singh, who accompanied Iyer along with former Kendrapara MP Baijayant Panda during Odisha visit, has condemned the arrest.

On her Twitter handle, she wrote, “So Odisha Police has arrested my friend @Iyervval for his satirical humor because it “hurt religious sentiments”. This is the other side of Indian democracy where religious sentiment supersedes and prevails over all other fundamental rights. We remain stuck in Middle Ages. Shame.”

Earlier in the day, leaders cutting across party lines condemned Iyer for his anti-Odisha remarks and demanded stringent action against him during a privilege motion in the House.

[Watch] Here’s what Abhijit Iyer had said on Konark Temple

Odisha 9: my special message to you from the Konark temple expressing my utter disgust at this monumental conspiracy against the Hindu Civilisation pic.twitter.com/wJeqZPHRDk

Odisha youth arrested by Delhi Police for theft of jewellery…