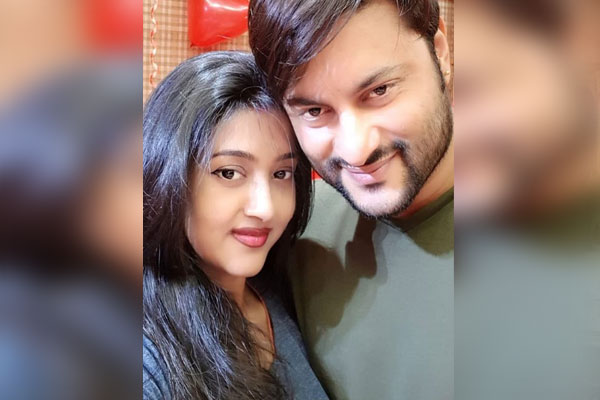 Cuttack: In a fresh development in the much-hyped divorce battle between Ollywood’s power couple Anubhav Mohanty and Varsha Priyadarshini, the Supreme Court today ordered to transfer the petition to the Family Court in Cuttack.

Hearing an application moved by Kendrapara MP in the pending transfer petition filed by Varsha, the apex court today directed the Patiala House Court to immediately transfer the divorce petition to the Family Court.

With the order, the divorce petition filed by the actor-turned-politician will be heard in the Family Court in Cuttack instead of the Patiala House Court.

The Supreme Court fixed a date that would be uploaded later wherein the parties both Anubhav and Varsha were directed to be present before the Family Court in Cuttack. Further, the Family Court would hear the divorce petition filed by Anubhav Mohanty as expeditiously as possible, informed Anubhav’s counsel Ashwani Dubey.

He said that Anubhav had moved an application before the Supreme Court praying for divorce petition to be heard expeditiously for following reasons:

i) Anubhav as well as his parents were unwell,
ii) Father is on dialysis and is subjected to extreme stress
iii) Anubhav and his family members are subjected to undue media glare and public trolls
iv) Varsha has been intentionally tarnishing his reputation by washing dirty linen in public
v) Owing to this he is being targeted politically

Last year, Varsha had moved to the Supreme Court seeking transfer of the divorce suit from Delhi to the Family Court in Cuttack. Hearing the petition, the apex court had referred the case to a mediation centre while granting stay order for further proceeding in the Patiala House Court for settling the disputes between Anubhav and his actress wife Varsha Priyadarshini.

Earlier, Varsha had filed a domestic violence case at the Sub-Divisional Judicial Magistrate (SDJM) Court in Cuttack on August 7, 2020, accusing Anubhav of torturing her physically and mentally. A month before the case, Anubhav had filed a petition in the Patiala House Court on July 6, 2020, seeking divorce from her. The marital discord between the couple came to fore later in September last year.