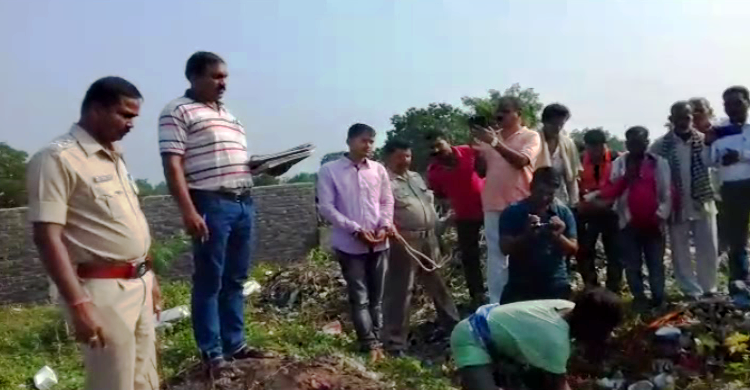 Bargarh: Hours after the body of a Block Resource Coordinator (BRC) was recovered from a dumping yard in Bijepur in Bargarh district, police arrested three persons in this connection today. The arrested are Riku Sahu of Bijepur and Haribandhu Meher and Fakir Meher of Melchhamunda area in the district.

Briefing mediapersons, Bargarh SP Padmini Sahoo informed that on October 12, Riku and Haribandhu had killed BRC Taranisen Mahala with sharp weapons at his rented house at Nuapalli village under Gaisilet block and later dumped the body in a dumping yard on Bijepur-Sohela road with the help of Fakir.

After his mutilated body wrapped in a polythene sheet was recovered from the garbage this morning, Bijepur and Gaisilet police swung into action and later traced locations of the accused by tapping their mobile phones. Besides arresting the trio, the cops also seized weapons used in the crime and a bike from their possessions.

Asked on the reason behind the murder, the SP said the accused two, who are contractors, killed the BRC over passing of bills against construction of toilets under Swachh Bharat Abhiyan. She further clarified that the BRC had no election duty for the ensuing Bijepur by-poll.

“The accused and the BRC knew each other before. The two killed him for personal reasons. There is no political reason behind the murder,” she asserted.