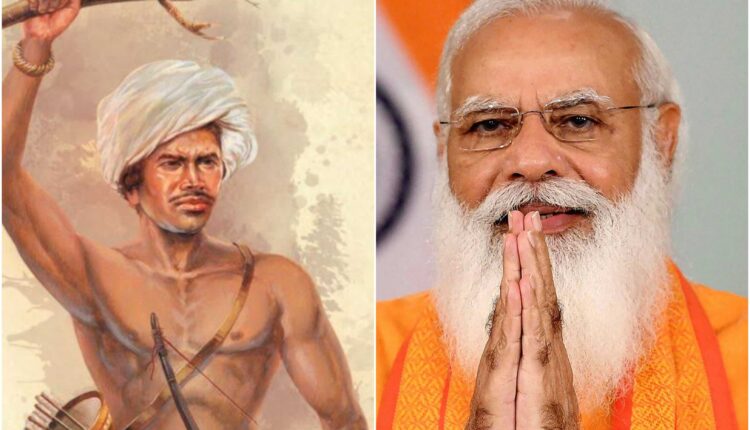 Addressing citizens of the country, he acknowledged the contribution of Birsa Munda ahead his birth anniversary scheduled on November 15. He described the great soul as ‘Bhagwan’ (Lord).

Since the country is observing Amrit Mahotsav to remember icons and brave warriors of the country, Modi spoke about Birsa Munda, who is also known as ‘Dharti Aaba’.

“Do you know what this epithet (Dharti Aaba) means? It means the father of earth. The way Bhagwan Birsa Munda fought to protect his culture, his forest, his land, it could have only been done by ‘Dharti Aaba’! He taught us to be proud of our culture and roots. The foreign rule subjected him to countless threats and applied immense pressure, but he did not relinquish the tribal culture,” Modi said.

Speaking more about the freedom fighter, he said, “If we have to learn to love nature and the environment, then for that too, Dharti Aaba Bhagwan Birsa Munda is one of our greatest inspirations. He strongly opposed every such policy of foreign rule, which was detrimental for the environment. Bhagwan Birsa Munda was always at the forefront while helping the poor and the distressed. He also made the society aware towards eliminating social evils.”

On sacrifice made by Birsa Munda for the country, Modi said, “Who can forget his leadership during the Ulgulan movement! This movement shook the British and as an aftermath the British had placed a huge reward on Bhagwan Birsa Munda. The British government put him in jail; he was tortured to such an extent that he left us at the age of less than 25 years. He left us, but only in the body; in the public psyche, Lord Birsa Munda resides forever! His life remains an inspirational force for the people. Even today folk songs and stories, full of his courage and valour are very popular in the central region of India.”

“I bow to ‘Dharti Aaba’ Birsa Munda and urge the youth to read more about him. The more you know about the unique contribution of our tribal populace in the freedom struggle of India, the more you will feel proud,” he added.

India has given befitting reply to China: Modi in…