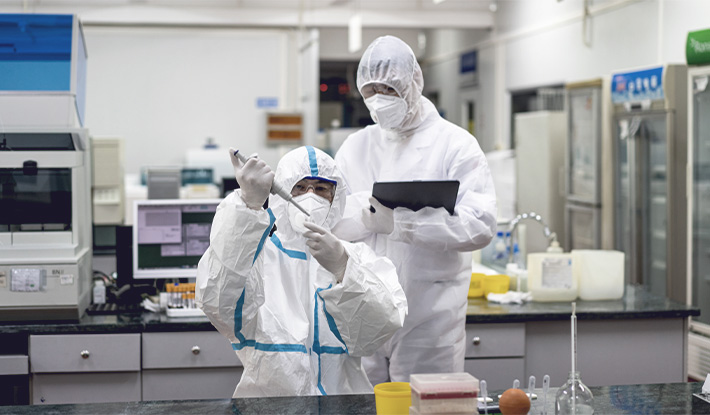 Beijing: China on Thursday accused the World Health Organisation of “arrogance” and a “disrespect for common sense” as it proposed a second phase investigation into the origins of the Covid-19 pandemic, media reports said.

The WHO had, in March, concluded in a report that a laboratory leak was “extremely unlikely”. Undermining the report, WHO Director General Tedros Adhanom Ghebreyesus, last week, stated that it was premature on the global health body’s part to rule out a potential link between the Covid pandemic and a laboratory leak. He asked China to be more transparent on the issue of data sharing.

Zeng’s comments follow the WHO circular to its member states detailing its proposed next steps to advance the second phase of its efforts to trace the origin of the pandemic, which includes audits of laboratories and markets in the city of Wuhan.

“No way” Beijing can accept origin tracing study proposal which includes possible breach of laboratory protocols, he said, according to the Post.

The proposed study “places the hypothesis that ‘China’s breach of laboratory protocols caused the virus to leak’ as one of the research priorities,” Zeng was quoted as saying.

Moreover, none of the staff or postgraduates at the infamous Wuhan Institute of Virology had been infected with the new coronavirus, he stated. There has also been no gain-of-function studies, referring to suggestions its research had made natural bat coronaviruses more infectious among humans, he added.

“So where did the virus leak due to violation of laboratory protocols (theory) come from?” Zeng told a press conference. “This phase 2 study of origin tracing is both disrespectful to common sense and contrary to science in some aspects. There is no way that we accept such an origin tracing study proposal.”

“For this point, I could sense the disrespect for common sense and the arrogance towards science that the programme reveals.”

Ghebreyesus last week said that getting access to raw data had been a challenge for the international team that traveled to China earlier this year to investigate the source of the pandemic.

Scientists from across the world have also called for renewed investigations into the origins of the pandemic that has claimed millions of lives globally.

China has, however, dismissed the Wuhan lab leak theory as “extremely impossible” and have accused the US of “political manipulation”.

BPUT to conduct online exam of even semesters from July 27; here’re details