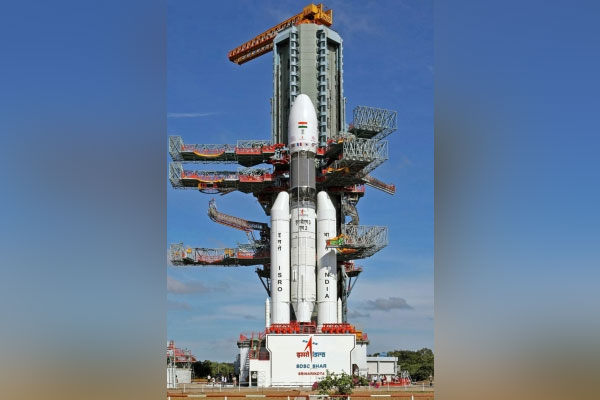 Chennai: The countdown for the historic launch of Indian rocket Geosynchronous Satellite Launch Vehicle MkIII (GSLV MkIII) will begin at 12.07 a.m. on Saturday, said a senior official of the Indian space agency.

The rocket will be carrying 36 small broadband communication satellites of Network Access Associated Ltd (OneWeb) to sling them in low earth orbit on October 23.

OneWeb, is a joint venture between India Bharti Global and the UK government.

The satellite company plans to have a constellation of 650 satellites in low earth orbit (LEO) to offer communication services.

The Indian Space Research Organisation (ISRO) had earlier said the rocket will lift off with 36 satellites at 12.07 a.m. on October 23.

“The countdown for the rocket’s liftoff will begin 24 hours before its flight,” an ISRO official said.

During the countdown, the rocket and satellite systems will be checked. The fuel for the rocket will also be filled.

For ISRO, the mission is historic because, for the first time in its history, a GSLV rocket will be used for a commercial launch.

The GSLV MkIII is a three stage rocket with the first stage fired by solid fuel, the second by liquid fuel and the third is the cryogenic engine.

The ISRO’s heavy lift rocket has a carrying capacity of 10 ton to the LEO and four ton to the Geo Transfer Orbit (GTO).

“The total launch mass of OneWeb satellites will be six tonnes,” an official said.

The 36 satellites will be on a dispenser system made by the Swiss based Beyond Gravity, formerly RUAG Space.

The Beyond Gravity had earlier provided the satellite dispensers for launching 428 OneWeb satellites to Arianespace.

“The dispenser with 36 satellites was supplied by the vendor. It was used in all their earlier launches,” an ISRO official said.

For Beyond Gravity, this is the first time their dispenser is fitted in an Indian rocket.

Starting in 1999, ISRO has put into orbit 345 foreign satellites till date.

The successful launch of 36 OneWeb satellites will take the tally to 381.

Another set of 36 satellites from OneWeb is planned to be put into orbit in January 2023.

“One additional launch will take place this year and three more are targeted for early next year to complete the constellation,” OneWeb had said.

This launch brings OneWeb’s constellation to 462 satellites, more than 70 per cent of the satellites required for OneWeb to reach global coverage.

This milestone will activate a new phase of OneWeb’s launch programme, in pursuit of its mission to bridge the digital divide around the world. The company remains on track to activate global coverage in 2023 – with coverage solutions already live in regions north of 50 degrees latitude, OneWeb said.

Another set of 36 satellites from OneWeb is planned to be put into orbit in January 2023.

Earlier, the OneWeb satellites were launched by Russian rockets. Following Russia’s military action against Ukraine, OneWeb decided to look at other rockets.

In a way, it is Russia’s loss and India’s gain.

Space sector experts had earlier said that the US and Europe’s economic sanctions against Russia for its military action in Ukraine may throw up economic opportunities for the Indian space sector, instead of burdening it with economic cost.

They also said that to cash in on the opportunities, India should accelerate its satellite launch capabilities, and announce productivity-linked incentive (PLI) schemes for the aerospace sector.

“All those countries feeling the pinch due to the absence of Russian rockets for satellite launches may look at alternatives. While the bulk of the satellite launch contracts will be taken by the US and Europe, there will be others who may look at other options. India’s neutrality has created a new market segment,” Chaitanya Giri, Founder, DAWON Advisory & Intelligence, had said.

The board of OneWeb — jointly owned by India’s Bharti Global and the UK government — had voted to suspend satellite launches from the Baikonur rocket port in Russia.

Meanwhile the Sunday rocket mission has several firsts for the Indian space sector. They are: (a) The first commercial launch of GSLV MkIII (b) First time an Indian rocket will be ferrying a payload of about six tonnes (c) First time OneWeb is using an Indian rocket to put its satellites into orbit (d) First commercial launch of GSLV MkIII contracted by NSIL, the commercial arm of Indian space sector and (e) First time GSLV MkIII or its variants is being used for launching satellites in Low Earth Orbit (LEO).