Deepika, Ranbir and Alia to share silver screen in Bhansali’s next! 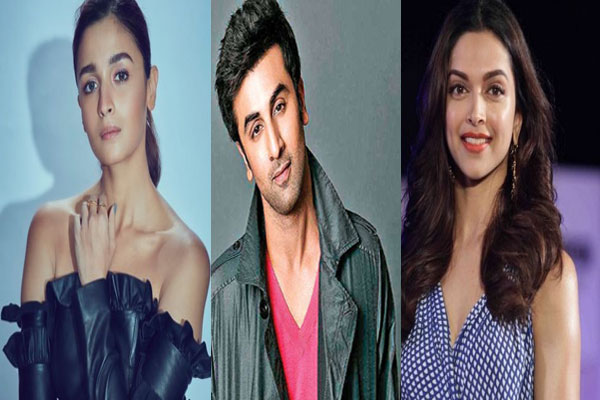 Mumbai: Director and Producer Sanjay Leela Bhansali is preparing an entertainment double-dose for cine lovers by bringing Bollywood’s three most loved stars –Deepika Padukone, Ranbir Kapoor and Alia Bhatt — together in his next film.

As per grapevine in Bollywood, Bhansali is going to start shooting for his new project ‘Gangubai’ next year in which Alia will be playing the lead character.  The Padmaavat director, known for his creative grandeur and perfection, is now busy building a huge set in Film City, Goregaon.

While Ajay Devgn’s cameo was already confirmed in Bhansali’s upcoming project, he is planning to add more stars to the sky with cameos of Ranbir and Deepika therein.

Sources said that the filmmaker has reached out for a conversation with both Deepika and Ranbir. Although nothing is confirmed yet, the fans will get the opportunity to watch their three favorites on one screen if Bhansali gets a nod from them.

Currently, Alia and Ranbir are busy at shooting for Ayan Mukherji’s ‘Brahmastra’ and Deepika is gearing up for her next release ‘Chapaak’, scheduled on January 10, 2020.

Men think they are better liars than women: Study