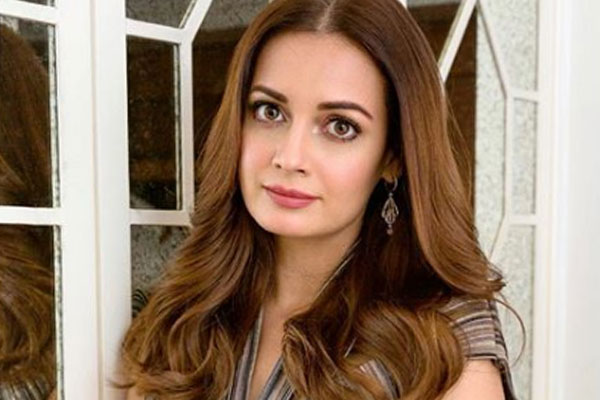 Mumbai: Putting oneself in another’s shoes is never easy. A considerable amount of empathy is expected, and that is the one experience actress Dia Mirza hasn’t forgotten, from her role as Maanayata Dutt in the 2018 biopic “Sanju”.

“Sanju”, which stars Ranbir Kapoor as actor Sanjay Dutt, had released on June 29, 2018.

Directed by Rajkumar Hirani, the film traces Sanjay Dutt’s real-life as a star kid, his love affairs, encounter with drugs, the 1993 Mumbai blasts, and his imprisonment.

“Having worked with Raju Sir before, the comfort level was already established. This significantly helped me imbibe the character he had written with Abhijat Joshi (the scriptwriter), which truly did justice to the strong presence Maanayata had in Sanjay Sir’s life. For me, it was an opportunity to empathize with everything she had experienced in her real life, and I hope I did justice to the role,” Dia said.

Dia Mirza: Lockdown lead to cleaner air than we had in over…

While Hirani’s association with the project was a big factor in the actress’s eagerness to do the role, another special factor was her personal connection with Sanjay Dutt himself.

Dia has shared screen space with Dutt in films like “Parineeta”, “Lage Raho Munna Bhai” and “Dus”. She found that her role as Maanayata brought things to full circle.

“The entire experience at the time was surreal. Sanjay sir was always wonderful to me through all our projects together. I owe him some of the most special films in my life, ‘Sanju’ being one of them,” she said.

“Working on a biopic like ‘Sanju’ two years ago has shaped so much of my present life. I’m grateful to each person in that team and for all the encouragement I received while preparing for the role. I hope for many more such experiences as an actor and as a producer,” she added.

India has given befitting reply to China: Modi in ‘Mann Ki Baat’

Most-wanted ATM looter arrested with 5 others in Odisha…