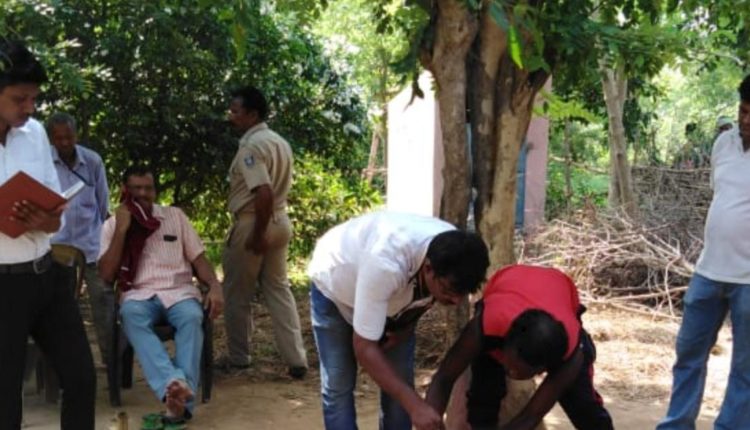 Baripada: In a shocking incident, a 60-year-old man allegedly killed his two wives and later hanged himself to death at Tadakisol village under Sadar Police limits in here last night.

The deceased have been identified as Shyama Marandi (60) and his wives Phulamani (47) and Salkho (41).

Reportedly, Shyama is mentally-challenged and killed his wives by hitting their heads with a hammer last last night. He latter committed suicide by hanging himself from a tree near his house. However, Shyama’s brother-in-law lodged a complaint with Sadar police alleging that some miscreants killed the trio and escaped.

Meanwhile, police along with a scientific team have reached the spot and begun an investigation in to the incident. Police said the man killed his two wives over family dispute and later committed suicide.